Plastic surgery used to be very hush-hush, along with coloring your hair and other beauty procedures, and some still won’t admit to it. It seems to be on the rise, but that might be simply because more people are admitting to it. What’s the big deal? Why is it more desirable that a woman’s breasts or face be “natural” versus altered by plastic surgery? Think of it this way, you compliment someone’s appearance and they say, “Why, thank you!” as if they had something to do with it.

If they had cosmetic surgery, they did have something to do with it! Perhaps admitting to having plastic surgery is to say in some fashion “I am (or was) flawed.” There is a certain amount of backlash for the amount of money spent on cosmetic procedures and going to the extremes. A person can literally completely change his or her entire look, even so far as to be unrecognizable. 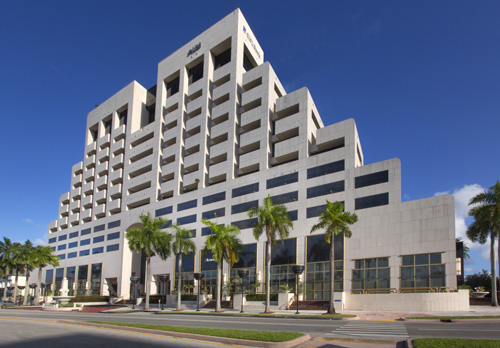 Finding a competent and skilled plastic surgeon is the first thing anyone considering having a procedure should do. Any doctor with a medical degree can lawfully perform plastic surgery in the United States; however, board certified plastic surgeons receive years of additional training that other doctors do not have. Believe it or not, even a dentist can perform these types of surgery, but only the foolish will go this route, perhaps due to the cost factor, but this could cause disfigurement, at the least, but can be dangerous and even deadly. So first, make sure your surgeon is board certified.

So, what are the four most popular procedures in a Miami plastic surgery practice? Do you think you know?

The number and type of plastic surgery procedures are on the rise and, even men are choosing to go under the knife, but breast augmentation continues to occupy the number one spot. The most common breast surgery is to increase breast size using implants. Implants have an outer shell made of silicone and are primarily filled with either a saline solution or silicone gel. In some cases, surgeons use what is known as “fat transfer breast augmentation” which involves taking fat from other parts of the body and transferring it to the breast area; this is generally used when only a small increase in size is desired.

The American Society of Plastic Surgeons reports that not only are lifts up, the types of lifts are expanding. While facelifts are still the most popular, patients are choosing other types of lifts such as breast, butt, lower body, and upper arm. A lift goes farther than liposuction alone since liposuction only removes pockets of fat, but does not address loose or dimpled skin. Therefore, patients who desire to improve the look of various parts of the body will choose to have a lift which tightens up the underlying tissue and involves removing excess skin and fat to achieve a more pleasing look that diet and exercise alone cannot correct, such as in the upper arm. This is called an arm lift and addresses sagging skin and tissue that hangs under the arm between the shoulder and elbow.

Gynecomastia is breast reduction in males and is on the rise, claiming a full 40 percent of breast reductions in 2015 as reported by the American Society of Plastic Surgeons. This is up by 35 percent from 2000. Many younger men are electing to have this procedure to address a genetic issue causing the breasts to be larger and unconventionally shaped.

Botox injections, numbering more than six million annually, are in fourth place. Also known as Botulinum toxin type A, Botox is derived from the bacteria that causes one form of food poisoning; however, for cosmetic use, this substance is purified and harmless. Botox is used to reduce the look of fine lines and wrinkles and works by temporarily paralyzing the muscle so that it is not able to contract which smoothes the skin to block crow’s feet, frown and forehead lines, to name a few. Botox generally lasts from three to six months.

There is nothing wrong with wanting to look younger and change or minimize things you are self-conscious about. Everyone wants to look and feel their best when stepping out into the world and plastic surgery is just one way to achieve what you desire. After all, people spend millions of dollars on clothes every year to flatter their body. So, think of cosmetic or plastic surgery as just another way you clothe and present yourself to the world.

View more Rhinoplasty before and after photos

Jason Altman MD attended one of the better school, has won many awards, and has great reviews. I came in to Dr. Altman’s office wanting “tear…

My overall experience was great, no complaints, no disappointments, no issues! Everything went smoothly & I am very happy with my results. I was…

Great bed side manners, easily explained things so that I understood. Staff is excellent!